The payment is aimed at helping DISCOMs fulfill their commitments

The government of Andhra Pradesh approved ₹9 billion (~$123 million) to meet the expenditure of the state distribution companies (DISCOMs) in line with the payment mechanism notified by the central government.

To disburse this payment towards the opening letter of credit, Andhra Pradesh Transmission Company (APTRANSCO) and Andhra Pradesh Power Co-ordination Committee had requested the release of ₹9 billion (~$123 million) that was due from the subsidy payable to DISCOMs by the state government. The subsidy amount payable is for the financial year 2020-21. Later this payment is to be made to NTPC against the payment security mechanism.

To ensure payment to generators, the government of Andhra Pradesh has provided a state-backed guarantee for DISCOMs to avail ₹66 billion (~$873.4 million) loan from the Power Finance Corporation Limited and REC Limited.

In June 2019, the Ministry of Power had mandated distribution licensees to open and maintain an adequate Letter of Credit (LC) as a payment security mechanism under power purchase agreements. The move was initiated after the growing woes of power generators not being paid the dues on time and the investments being affected by the same. So, the Regional Load Despatch Centres (RLDC) and National Load Despatch Centres (NLDC) were allowed to dispatch power only after confirmation by the generating company and the DISCOM that an LC for the desired quantum of power has been opened. The RLDC is to dispatch electricity only up to the quantity equivalent of the value of LC and stop once the quantum of electricity under LC is supplied. The concerned generating company is entitled to encash the LC after the expiry of the grace period, i.e., 45 to 60 days as provided in the power purchase agreement (PPA).

Even during the lockdown, the Ministry of Power had noted that DISCOMs had to issue LCs for 50% of the cost of power they wanted to be scheduled. The remaining 50% had to be paid within 45 days of the presentation of the bill or, as specified in the PPA, failing which late payment surcharge would apply.

According to the payment security mechanism, load despatch centers need to ensure that DISCOMS do not access short term open access or the power exchanges to procure power during the period when the LC is not issued. Further, in case of power not scheduled and dispatched by any generator due to the non-opening of LC by the DISCOM, then the DISCOM would be liable to pay compensation to the generator as per the terms of the PPA or power sale agreement. The order came into effect from August 1, 2019.

This move was welcomed by power generators considering the growing outstanding payments by DISCOMs. The objective was to curtail the further piling up of delayed payments.

In May this year, Finance Minister Nirmala Sitaraman announced that DISCOMs would receive ₹900 billion (~$12.03 billion) as part of the government of India’s stimulus package to help the Indian economy recover from the coronavirus crisis. This one-time liquidity injection will be infused through PFC and REC Limited in two equal installments. 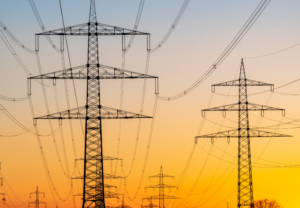 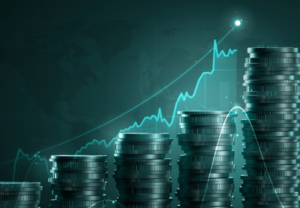