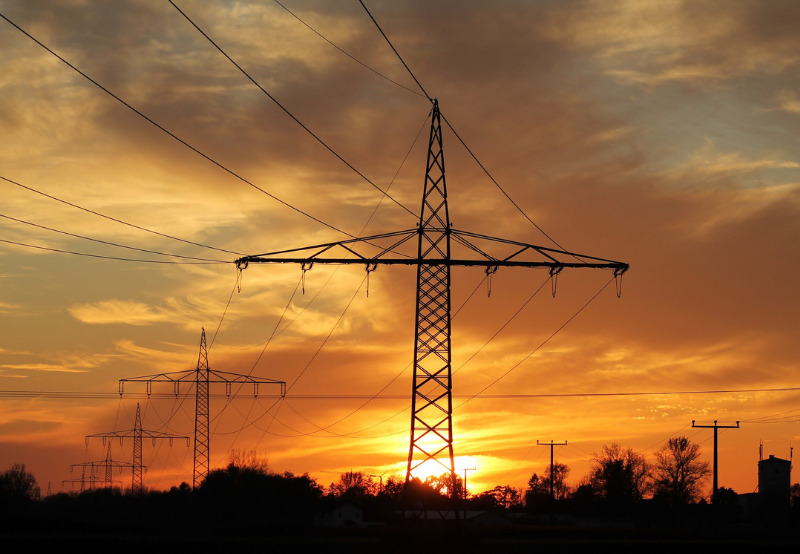 The Ministry of Power released its ninth annual integrated ratings for the state distribution companies (DISCOMs) for the financial year (FY) 2020. 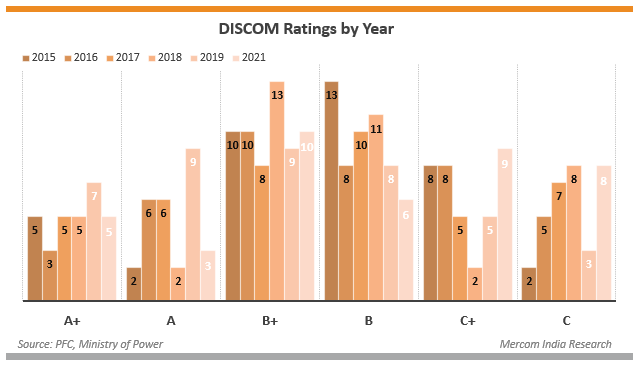 As per the report, the average cost coverage improved to 0.87x during the ninth rating exercise compared to 0.86x in the eighth rating exercise. Nine DISCOMs were strong performers on cost coverages, including Hubli Electricity Supply Company Limited (HESCOM), two Haryana DISCOMs, three Gujarat DISCOMs, and one DISCOM each of Chhattisgarh, Himachal Pradesh, and Assam.

The downgrades were based on high AT&C loss levels in FY 2020 due to deterioration in collection efficiency, high dependence on subsidy report, low-cost coverage ratio in FY 2020, and high level of O&M and employee expenses as a proportion of revenues.

The report recommended that the Rajasthan DISCOMs should focus on reducing AT&C losses even more. Timely issuance of tariff orders was also a recommendation for some of the DISCOMs. The report also recommended increasing the billing efficiency through various administrative and technical measures. The cost coverage should also be improved through suitable tariff increases and curtailment of losses.

The report recommended that DISCOMs resolve serious audit qualifications and maintain a low level of AT&C losses. The report also recommended that DISCOMs file timely receipt of subsidy dues from the state government and improve the cost coverage through suitable tariff increases and curtailment of losses. The report also mentioned the need for a reduction in receivable and payable days.

The report recommended that DISCOMs maintain a low level of AT&C losses through improvement in billing and collection efficiency and reducing the power purchase cost. The report also recommended improving subsidy collection levels and clearing the pending subsidy claims from the government of Gujarat through a higher budget provision in the future.

The report recommended a substantial reduction in AT&C losses to be brought down in the billing and collection efficiency. The report also suggested improvements in the collection period and to the cost coverage through suitable tariff increments and curtailment of losses.

The Maharashtra State Electricity Distribution Company’s rating remained the same at (A) for FY 2020.

The credit rating of the Tamil Nadu Generation and Distribution Corporation was downgraded to ‘C’ from a rating of (B).

The AT&C loss levels below the benchmark aided by rising billing and collection efficiency x receivable days remained consistently low and stood at 47 days in FY 2020.

The report suggested removing deficiencies in audited accounts to continue to reduce AT&C losses, focusing on billing efficiency, long-term plan to achieve a financial turnaround, timely filing of tariff petition, and improving the cost coverage and interest coverage ratio. The report also proposed a reduction in power purchase cost and reduced the dependency of the Government of Tamil Nadu, which increase credit risk.

The DISCOMs owed ₹124.2 billion (~$1.66 billion) to renewable energy generators (excluding disputed amounts) in overdue payments across 193 pending invoices at the end of May 2021, according to data released by the Ministry of Power.

In July this year, the Union Cabinet approved a reforms-based and results-linked revamped distribution sector program. The program aims to improve the operational efficiencies and financial sustainability of DISCOMs and power departments (excluding private sector DISCOMs) by providing conditional financial assistance to DISCOMs to strengthen supply infrastructure. The financial aid will be provided based on the pre-qualifying criteria and achievement of basic benchmarks by the DISCOMs. The program will have an outlay of ₹3.04 trillion (~$40.89 billion) with an estimated gross budgetary support of ₹976.31 billion (~$13.13 billion) from the central government.