Africa on Track to Make the Transition to Solar Power: Report 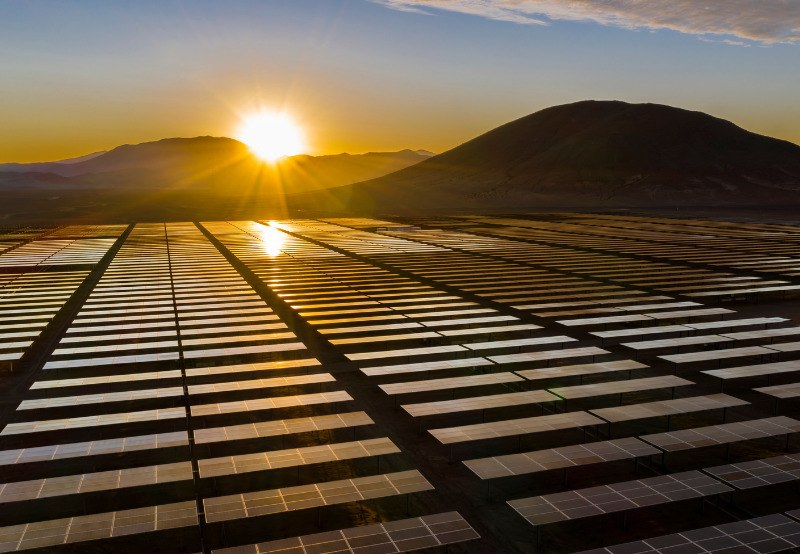 The Africa Solar Industry Association (AFSIA) has pointed out the growing popularity of solar in its ‘Annual Solar Outlook Report,’ which gives an overview of how African countries are faring in their transition to solar power.

While there is no dearth of solar resources at their disposal, Africa is still lagging in adopting solar, but things are changing now, and the continent is looking ahead for a brighter future.

But more African countries are moving toward solar. Egypt and South Africa are well on their way to adding more capacities soon. Based on government and private sector announcements, a group of nine more African nations may soon join the ‘Gigawatt Club.’

Algeria is showing great potential with 4 GW of solar projects in the pipeline. With new officials and institutions in place, the process will gain momentum, and the gas-rich country will soon move forward with big solar projects, noted the report.

Another nation moving swiftly in this direction is Morocco, which has put a more transparent and efficient process to develop 2 GW of new projects in the coming years. Other countries making the right moves to shift to solar are Zimbabwe, Zambia, Angola, Namibia, Botswana, and Ethiopia.

The report says that the private sector mostly drives the solar sector in Zimbabwe, and more and more industrial groups are planning large solar projects that will be for their consumption and addition to the grid. On the other hand, Ethiopia and Botswana have adopted a more traditional approach of international tenders and are reaping the benefit of this approach through low tariffs.

In Zambia and Angola, the situation is different. The governments have adopted a conservative approach and have awarded contracts directly to developers without going through the tendering process. Finally, an international initiative will see Namibia and Botswana develop 5 GW of solar power projects. A group of 12 other countries is expected to join them down the road.

The positive trend seen in the African countries might be further accelerated by two specific developments in the solar industry. One is the decline in storage costs, and the other is the game-changing potential of hydrogen.

The report points out that the grids in Africa are weak and have a limit as to the solar capacity they can absorb at any point across the national infrastructure (maximum 30MW). But by bundling solar and storage technologies, the limitation could be bypassed, and more solar capacity could be added and connected to the grid.

The second development is the growing adoption of hydrogen, which holds a lot of promise for a cleaner global future and ‘green hydrogen’ is the most logical choice to make, as opposed to its ‘brown’ and ‘blue’ alternatives. Thanks to its excellent irradiation, Africa is ideally positioned to play a pivotal role in the global hydrogen market.

The report states that millions of households have benefitted from solar home systems, with manufacturers offering a plethora of projects ranging from 5W to 1 kW to cater to a wide range of needs across the continent.

This has helped the medical facilities located in remote areas in the continent. The solar home system can provide the perfect solution both technically and commercially. Complete kits including lights, vaccine fridges, medical equipment, and communication devices, all functioning on DC power, can now be connected to a simple 300 W solar home system and cost less than $1,000. In comparison, an equivalent AC-based system would cost nearly three to five times more.

According to the report, there are more than 6,200 large-scale, commercial and industrial (C&I) and mini-grid projects across the continent, of which 2,400 are already in operation. The popularity of C&I projects in Africa is not a surprise, and as of now, the wide majority of the C&I projects have been delivered on a CAPEX basis. This has limited the number of projects that have been built so far, as only a small percentage of companies possess the required cash to make such an investment.

African C&I projects are considered attractive investment opportunities as they are based on B2B negotiations that can be conducted and successfully closed quickly.

The challenge with financed C&I is to generate large enough portfolios of projects to attract investment partners. This is now growingly made possible thanks to the rise of C&I development players such as Daystar Power, Starsight, DPA, and Total.

The AFSIA report says that 2021 looks promising for mini-grid developers once the effects and limitations of the COVID-19 pandemic become more manageable.

The continent has seen many attempts by the governments to foster the growth of mini-grid projects in the continent. Among the notable efforts, Togo floated a tender for 317 mini-grids across the country, backed with West African Development Bank financing. Benin is also moving ahead with mini-grid projects, with nearly 119 mini-grids awarded to bidders, which are at different development stages.

Other countries are also moving in the same direction, with Senegal launching a tender for 133 mini-grids recently. The country aims to have 1,000 villages supplied with mini-grids across the nation. Cameroon also has plans for mini-grids to play an important part in the national electrification strategy with a target of 688 sites.

Earlier, the African Union Commission and the International Renewable Energy Agency had agreed to promote renewable energy across the African continent and bolster Africa’s response to the COVID-19 outbreak.