CERC has accepted Safeguard Duty as Change in Law

The Central Electricity Regulatory Commission (CERC) has issued an order to compensate a solar power developer by accepting that the levy of safeguard duty was a ‘Change in Law.’

The CERC has issued a common order for two separate petitions filed by ACME Solar. The solar project developer will receive a lump-sum amount.

ACME had filed petitions after it incurred more than the planned costs in executing the Rewa solar project and the Jodhpur solar PV project.

The solar project developer had requested the CERC to declare the imposition of safeguard duty on the import of solar modules as ‘Change in Law,’ and find a suitable mechanism to compensate it for the increase in expenditure incurred on account of Change in Law.

ACME Solar had also requested that the CERC allow the carrying cost from the date of impact until the reimbursement by the respondents.

While going through the submissions made by all parties involved, the CERC observed, “The imposition of the safeguard duty is a ‘Change in Law’ event under Article 12 of the power purchase agreements (PPAs).”

The commission directed ACME Solar to make available to the SECI all relevant documents exhibiting clear and one to one correlation between the projects and the supply of imported goods, duly supported by relevant invoices and auditor’s certificate.

The CERC has ordered SECI to reconcile the claims for ‘Change in Law’ after receiving the relevant documents and pay out the amount claimed by ACME Solar. The amount claimed must be paid within 60 days of this order or from the date of submission of claims by ACME Solar, whichever is later.

If SECI fails to pay out the claimed amount within 60 days of receipt of the claim, it will have to pay late payment surcharge as provided under PPA terms. To ensure time-bound compliance within 60 days of the order, the CERC has directed SECI to reconcile the claim related documents within 15 days of submission of the claim.

In its order, the CERC has provided an avenue to ACME solar and SECI where they can mutually agree to a mechanism for the payment of such compensation on annuity basis spread over the period not exceeding the duration of the PPA as a percentage of the tariff agreed in the PPA.

However, regarding the interest/carrying cost on working capital, the CERC stated that such a request was inadmissible.

CERC, before this, order, had reiterated that the introduction of GST was also ‘Change in Law.’ Stating this, the CERC had added that any tax levied through an Act of Parliament after the cut-off date which results in the additional expenditure by the petitioner is covered as ‘Change in Law.’  Previously, it also made it clear that any tax or application of the new tax on ‘supply of power’ covers the taxes on inputs required for such generation and supply of power to the DISCOMs.

In April 2019, the Maharashtra Electricity Regulatory Commission (MERC) provided relief to Azure Power in two cases in which it had requested the commission to consider the levy of safeguard duty as Change in Law and had asked it compensate the company for the increase in project cost following the imposition.

In February 2019, the MERC had issued an order accepting levy of safeguard duty as Change in Law. 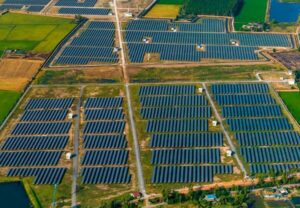