2020 A Look Back: Developments that Shaped the Solar Sector

Lack of clarity in policy implementation, a slowing economy, and liquidity crunch were also responsible for the slowdown besides the pandemic 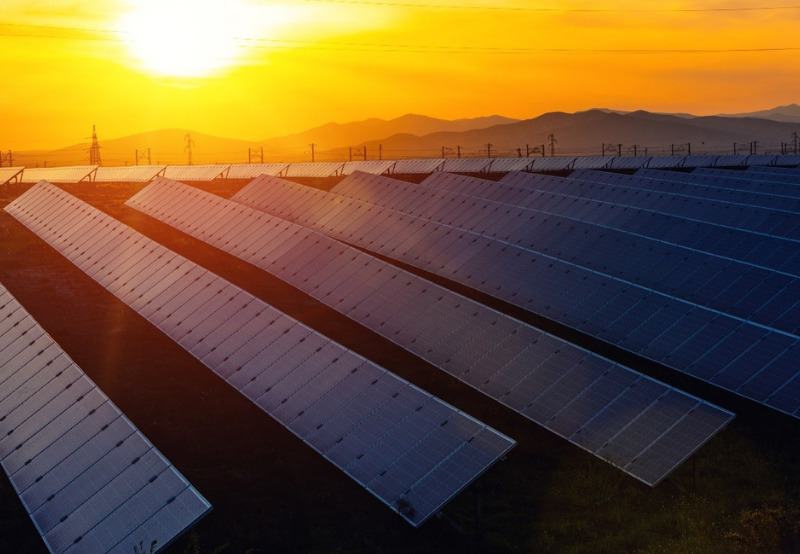 2020 took off with high expectations, with Mercom projecting over 8 GW in solar installations for the year right before the COVID-19 pandemic hit. After the lockdown in March, development activity came to a standstill. Things have started to look up, especially since Q3 as the supply chain disruptions have abated.

The pandemic disrupted the supply chain and derailed project development, with several projects being postponed to the first half (1H) 2021.

As the challenging year comes to an end, Mercom looks at the most important developments that shaped 2020.

In March, the Ministry of New and Renewable Energy (MNRE) announced that the upper ceiling tariffs would no longer be applicable for future bids for solar and wind projects. The industry was facing a push back due to the tariff caps, with most bids going undersubscribed. With the tariff cap removed, developers felt that it would move tariff discovery to a pure market-driven mode without artificial caps and improve participation and competition.

Letters of Undertaking to Serve as Bank Guarantees for Solar Tenders

In October, MNRE announced that letters of undertaking from three non-banking financial institutions could be used like bank guarantees in renewable tenders. These three lenders are the Indian Renewable Energy Development Agency Limited (IREDA), Power Finance Corporation Limited (PFC), and REC Limited (REC). Such letters will serve the same purpose as a bank guarantee issued by any public sector bank.

Until this announcement, stranded bank guarantees were adding to the liquidity problems for developers. The cost of participating in large-scale solar tenders had reduced the developers’ ability to bid for other projects. These costs, coupled with delays and extensions of tenders, tied up millions in the form of bank guarantees. This alternative arrangement brought in much-needed relief to the developers.

To boost domestic manufacturing of solar components under the government’s “Aatmanirbhar Bharat” (Make in India) initiative, the government proposed a BCD of 20% on solar cells and modules imported to India. The duty earlier was zero. The government seeks to increase manufacturing in India, curb imports to save foreign exchange. However, the effect of imposing BCD on solar manufacturers in the Special Economic Zones (SEZs) of the country has not been thought through, and the implementation date for BCD remains uncertain.

DISCOMs are the weakest link in India’s power sector, and the growing deployment of solar projects depends on the power purchasing ability of these DISCOMs. Besides the pandemic induced challenges, the financial health of the distribution companies continued to pull back the solar industry. In May, the government announced ₹900 billion (~$12.03 billion) one-time stimulus package to be infused through the PFC and REC. The rider for these loans was that it would be given against state guarantees solely for clearing liabilities to power generating companies.

PFC, along with REC Limited, has so far approved an amount of ₹600 billion (~$8.02 billion) as part of the liquidity package to the eligible DISCOMs.

Even after this liquidity infusion, the DISCOMs owed over ₹110.67 billion (~$1.5 billion) to renewable energy generators (excluding disputed amounts) in overdue payments as of October 2020.

While the liquidity crunch was one of the reasons for the slowing down of the sector in 2020, there was some good news for developers as the Reserve Bank of India (RBI) increased the priority sector lending cap to ₹300 million (~$4.09 million) to borrowers who are generators of solar, biomass, wind, and micro-hydel power. With the priority sector lending limit raised, there will be more liquidity infusion into the sector, bringing down the interest rates.

On the domestic solar component manufacturing side, the lack of policy and financial incentives were a lag. To address this, in November, the central government approved the ‘production-linked incentive’ (PLI) plan in ten critical sectors to enhance India’s manufacturing capabilities and exports. The government said it would allocate ₹1.45 trillion (~$19.61 billion) for the ten critical sectors over the next five years. Some of these critical sectors include- high-efficiency solar photovoltaic modules, advanced chemistry cell batteries, automobiles, and auto components. The government will allocate ₹796.42 billion (~$10.75 billion) for these three sectors in the next five years.

The government added that a focused PLI plan for solar PV modules would incentivize domestic and global players to build large-scale solar PV capacity in India and help the country leapfrog in capturing the global value chains for solar PV manufacturing.

No ISTS Charges on Solar Projects Commissioned Before June 30, 2023

In August, the Ministry of Power extended the waiver of interstate transmission system (ISTS) charges and losses on all solar and wind projects commissioned before June 30, 2023. This deadline was revised from December 31, 2022, set previously.

The waiver would apply to solar, wind, and hybrid projects with or without energy storage. The ISTS charges would be waived for 25 years from their date of commissioning for transmission as well as sale to entities with renewable purchase obligations (RPO).

As 2020 neared its end, SECI’s auction for 1,070 MW of solar projects in Rajasthan (Tranche-III) gave India its lowest solar tariff ever discovered of ₹2 (~$0.0270)/kWh. Growing demand, declining module prices, low-interest rates, and aggressiveness to capture the market were the primary reasons behind this low tariff.

However, the record barely stood for a month as the recent auction by Gujarat Urja Vikas Nigam Limited (GUVNL) (Phase XI) for 500 MW of solar projects broke the record for the lowest tariff in an auction in India of ₹1.99 (~$0.0269)/kWh. The record low tariff of ₹1.99 (~$0.0269)/kWh was quoted by NTPC Limited for 200 MW, Torrent Power Limited for 100 MW, Al Jomaih and Water Company for 80 MW, and Aditya Birla Renewables for 120 MW respectively.

Gujarat DISCOMs’ high credit ratings, the certainty of signing power sale agreements, flexibility allowed in the tender to develop the project in a location of choice were some of the reasons behind the record low bid.

“Even with extremely low solar installations in 2020, the industry has weathered the COVID-19 crisis fairly well and has become more resilient as a result. The pandemic forced the industry to adapt and automate faster than thought possible. New inverter and module technologies are being adopted at a rapid pace, and costs continue to decline. If the government can avoid creating additional uncertainty, we should expect a strong year for the solar sector in 2021,” commented Raj Prabhu, CEO of Mercom Capital Group.