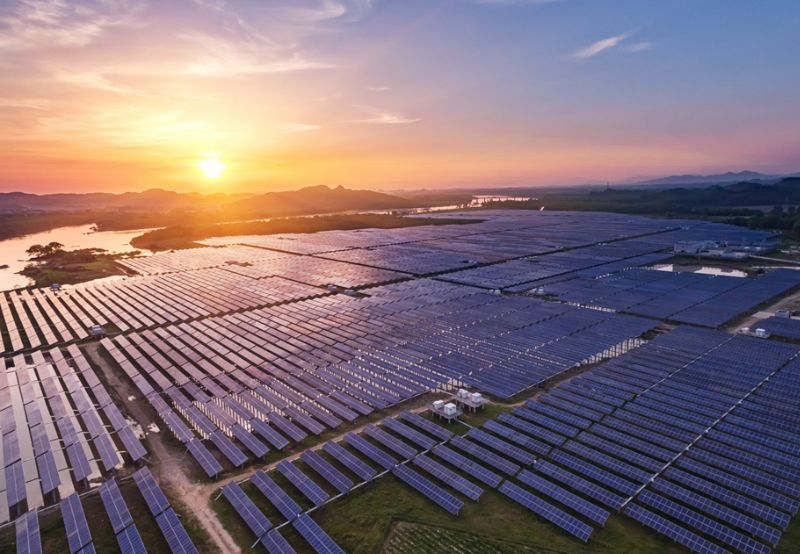 The Uttarakhand Government has released a draft solar policy that targets 2,000 MW of installed solar capacity and envisages boosting the proportion of solar power in power distribution companies (DISCOMs) energy purchases to 18% by 2028. 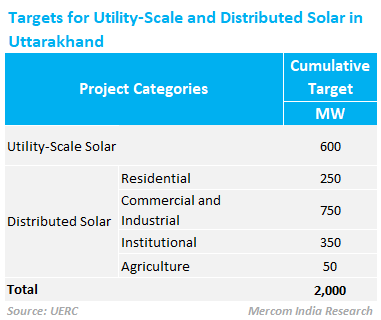 The policy aims to deploy 750 MW of solar capacity by commercial and industrial (C&I) consumers through rooftop solar (including ground mount systems within the consumer premise), captive power projects (on-site and off-site), and open access projects.

All industrial and commercial establishments in urban areas with a connected load of 100 kW or contract demand of 120 kVA and above must fulfill at least 20% of their annual energy requirements through renewable energy sources, including solar energy.

The policy encourages the deployment of behind-the-meter, off-grid, captive solar power projects. There will be no capacity restriction for behind-the-meter captive rooftop solar systems (with or without storage) installed by C&I consumers.

Intra-state open access grid-connected solar captive power projects (including storage systems) or projects established for third-party sale with a capacity of less than 25 MW will be exempt from the transmission and wheeling charges five years from the project commissioning date.

Transmission and distribution losses, however, will still apply for third-party projects and captive solar within the state.

Interest subsidy of up to 10%, subject to a maximum of ₹800,000 (~$9,832), will be provided to consumers investing in solar rooftop and captive solar power projects (including solar plus storage projects) as provided under the MSME policy.

Rooftop solar and captive solar power projects will be 100% exempt from SGST payment for five years from the date of this policy’s notification, pending approval/recommendation from the GST council.

Electricity duty will be waived/reimbursed for five years from the commercial operation date for rooftop and captive solar power projects.

The policy supports the deployment of 250 MW of solar capacity in the residential sector.

All residential consumers with sanctioned loads of more than 5 kW must install a rooftop solar system to meet a minimum of 30% of their annual electricity consumption.

Residential plots with a sanctioned load of less than 5 kW are encouraged to install rooftop solar systems on their premises.

Existing buildings and societies will also be encouraged to meet their energy requirements through solar power.

In addition, behind-the-meter rooftop solar installation with energy storage will also be promoted for a capacity of less than 1 kW. 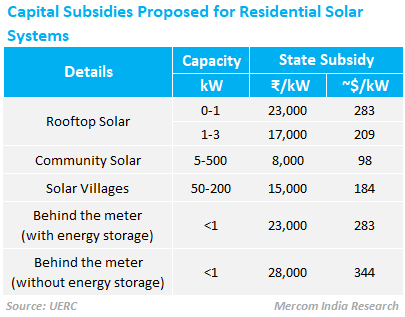 There will be no transmission and wheeling charges for captive, group-captive projects, and third-party electricity sales.

Solar power projects with less than 25 MW capacity established for third-party sale or captive use within the state through open access will be exempt from the cross-subsidy surcharge and additional surcharge.

The government aims to encourage the establishment of solar manufacturing facilities to support the state’s economic growth and job creation.

Manufacturers of solar power project-related equipment and ancillary components will be eligible for priority allocation of government land in solar parks on a long-term lease basis and a 100% stamp duty reimbursement.

Electricity duty will be waived for new manufacturing facilities and ancillary components of solar power projects for five years.

Net state goods and services tax will be reimbursed for manufacturers of solar energy equipment.

Manufacturers of solar modules and battery storage will receive 100% reimbursement of custom duty on inputs used for production for five years.

Uttarakhand Power Corporation will establish a system where all interested and required consumers can acquire clean energy from renewable sources at predetermined rates, known as a green tariff. The Uttarakhand Electricity Regulatory Commission (UERC) will modify regulations for the green tariff to permit all electricity consumers to choose green energy.

UERC will establish a tariff for compensating residential, agricultural, government, and institutional consumers for any excess solar energy they feed into the grid from their own power projects.

Additionally, UERC may implement tariffs that vary based on the time of day to incentivize solar energy producers and storage operators to provide power during high-demand periods.

The state commission will implement virtual and group net-metering regulations to encourage and ease the adoption of solar energy among eligible consumers and entities, particularly those facing limitations such as limited rooftop space or inaccessible rooftops and entities with multiple electricity connections.

UERC will allow the banking of 100% injected energy during all 12 months of the year. The energy banking period will run from April to March, and the energy settlement will be done monthly. The Commission will periodically establish peak and non-peak hours.

The regulations for banking during peak hours will be outlined in the UERC (Tariff and other terms for supply of electricity from renewable energy sources and non-fossil fuel based Co-generating stations) regulations of 2018. Consumers can use the banked energy during off-peak hours.

Banking of excess energy generated during non-peak hours by distributed solar power projects will be treated as a purchase by the DISCOM and compensated at the rate established by the UERC.

The DISCOM will combine this excess energy to form a “green energy pool,” which will be offered to consumers at a special green tariff rate. The compensation for banked energy will align with the average power purchase cost of the DISCOM as determined by the UERC regularly.

A solar policy cell will be established within the Uttarakhand Renewable Energy Development Agency (UREDA) to handle all necessary approvals and clearances for solar power projects. The single window portal developed by the Department of Industries will be used to provide these approvals within 60 days.

UREDA will develop standard operating procedures with clear deadlines for approvals. A transaction fee of ₹10,000 (~$122)/MW will be charged for processing applications for single-window clearance, with a maximum of ₹200,000 (~$2,457) per project for large-scale and captive/group captive projects. This service will also be extended to rooftop solar power projects without any additional fees to simplify the process of inter-department coordination.

UREDA will set up a ‘land bank’ to facilitate the identification, aggregation, development, and allocation of land for solar power projects.

UREDA will float an expression of interest for private landowners who wish to offer their lands for sale or on a lease basis for solar projects.

The minimum lease amount for private land will be decided on market value.

Last December, the Delhi Government released a draft solar policy that targets 6,000 MW of installed solar capacity in the next three years and envisages a three-fold jump in solar energy share in annual electricity demand to 25% by 2025 from 9% currently.