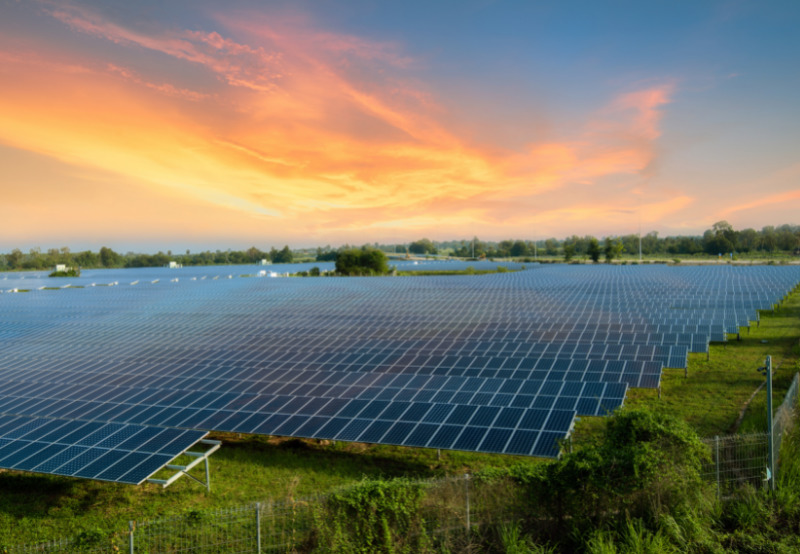 Mercom hosted a webinar on July 30, 2021, to take a close look at the policy framework and consumer feedback on the open access solar market in India.

The webinar shed light on the current price trends in the open access market, business models, transaction types, and states with conducive policies.

The panelists also analyzed different policy scenarios and the performance of the open access solar market in India in the first quarter (Q1) of 2021 and presented their views on what to expect going forward. 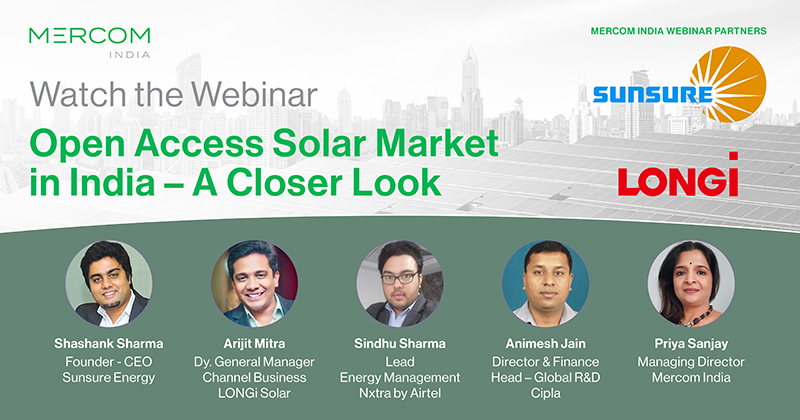 Karnataka is the largest open access market in the country and accounts for a 40% share in cumulative open access solar installations, followed by Rajasthan, Madhya Pradesh, Tamil Nadu, and Maharashtra.

Shashank Sharma said large industrial states like Karnataka, Tamil Nadu, Maharashtra, and Gujarat are attractive states for the market. States like Uttar Pradesh can be added to the list as it provides long-term regulatory certainty to developers and consumers. States with regulatory certainty and supportive distribution companies (DISCOMs) will be attractive for the growth of the open access solar market.

Arijit Mitra said, “Module costs account for a major part of any solar projects. Therefore, solar developers need to develop a mechanism to choose the right module suppliers. The reliability of module supplier and efficiency and performance of modules play a key role in it.”

With continuous research and development, the efficiencies of modules and yields will increase in the future, and bifacial modules will be in demand for open access and group captive projects as these modules have greater generation efficiency, Mitra added.

Animesh Jain said, “Cipla plans to achieve carbon and water neutrality, zero-waste to landfill by 2025. In addition, the company has been facing year-on-year increasing power bills at its manufacturing facilities across states in India – Karnataka, Goa, Sikkim, Maharashtra, Himachal Pradesh, and Madhya Pradesh. We have been installing solar to achieve carbon neutrality and reduce power bills.”

“The company has added 48 MW of operational solar project through various initiatives and the company has plans to expand the share of renewable energy across all its locations. For that, we are working on possible options in various locations with our partners,” Jain added.

Sindhu Sharma said Nxtra is a data center arm of Airtel. In the data center business, energy constitutes around 65% to 70% of operating expenditure (OPEX). So, we are trying to reduce our OPEX and make our business more sustainable as per the science-based targets initiative (SBTi).

He added that Nxtra has a peak power demand of around 100 MW for centers across India and the company plans to double the data centers in the next two years.

In April 2021, Bharti Airtel announced that it would begin sourcing power from a 14 MW captive solar project to meet the energy requirements of its core and edge data centers in Uttar Pradesh.

Shashank said state governments need to get their basics right as far as the policy front is concerned as it changes from state to state. The governments should provide long-term visibility on additional charges and regulations to grow the market at a sustainable pace. He added that policymakers should include distribution companies while making policies for its smooth implementation. In addition, there should be a common framework to determine additional charges across the states to provide clarity to consumers and developers.

Echoing similar thoughts, Sindhu said, “The government needs to have a clear guideline at the central level, and uniform policies across states to make the open access solar market more consumer-friendly. This will also give consumers some idea about their investments as companies invest in a project for 15-25 years. In addition, corporate consumers need distribution companies to give timely approvals for the commissioning of the project.”

Animesh said, “The government needs to ease the approval process through a single-window clearance to expand the open access market across the country. He added that there should be inter-state open access options to ensure corporates in states which do not have renewable energy resources can still procure power through open access in other states. Virtual power purchase agreements also need to be seriously considered.”

The speakers were in consensus that uniform regulations across states, long-term policies without retrospective changes, and charges are necessary for the open access market.