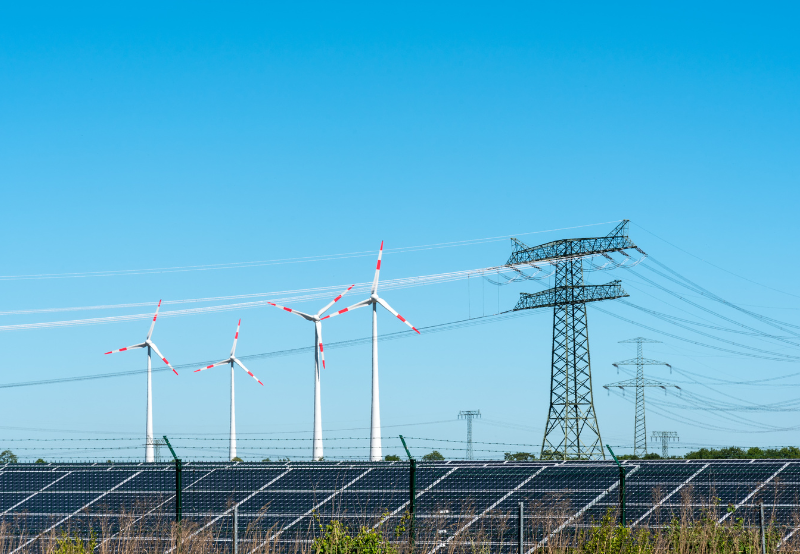 Gujarat-based power company Torrent Power’s profit increased year-over-year (YoY) by 32% to ₹4.8 billion (~$60.04 million) in the second quarter (Q2) of the financial year (FY) 2022-23 due to a reduction in transmission and distribution (T&D) losses and increased electricity demand.

The company said that the improved performance of licensed distribution businesses and a surge in finance costs were among other factors that swung its profit for the period.

Torrent Power posted a YoY surge of 29% in its adjusted Earnings Before Interest, Tax, Depreciation, and Amortization (EBITDA) to ₹12.5 billion (~$155.7 million).

Torrent has 4.1 GW of aggregate installed generation capacity, of which 1.06 GW is renewables. Torrent said 715 MW of renewable projects are under development, for which it has executed power purchase agreements.

With the addition of new clean projects, it said that its total generation capacity would reach 4.87 GW, including 1.78 GW of renewable capacity.

During Q2 FY23, Torrent entered what is claimed to be India’s first public-private-partnership distribution franchisee agreement with the Maharashtra State Electricity Distribution Company Limited in Bhiwandi.

The company said it generated 263 MW of solar and 804.5 MW of wind during the period in Gujarat, Maharashtra, Telangana, Karnataka, Rajasthan, and Madhya Pradesh. 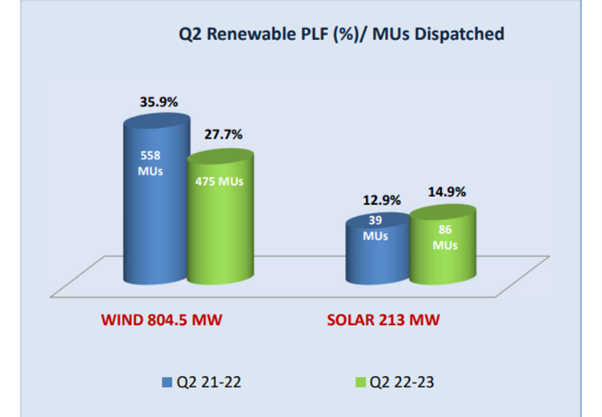 It distributes nearly 26 billion units to over 3.94 million customers in the cities of Ahmedabad, Gandhinagar, Surat, Dahej SEZ, and Dholera SIR in Gujarat, Union Territory of Dadra and Nagar Haveli and Daman and Diu (DNH & DD); Bhiwandi, Shil, Mumbra, and Kalwa in Maharashtra and Agra in Uttar Pradesh.

In April this year, the company announced acquiring a 100% stake in the special purpose vehicle operating a 50 MW solar project in Telangana.

The company also announced acquiring a 100% stake in Wind Two Renergy from Inox Green Energy Services in August this year at an estimated cost of ₹325.1 million (~$4.09 million).