Solar Module Manufacturers in Asia Account of 92% of the Global Production: Report 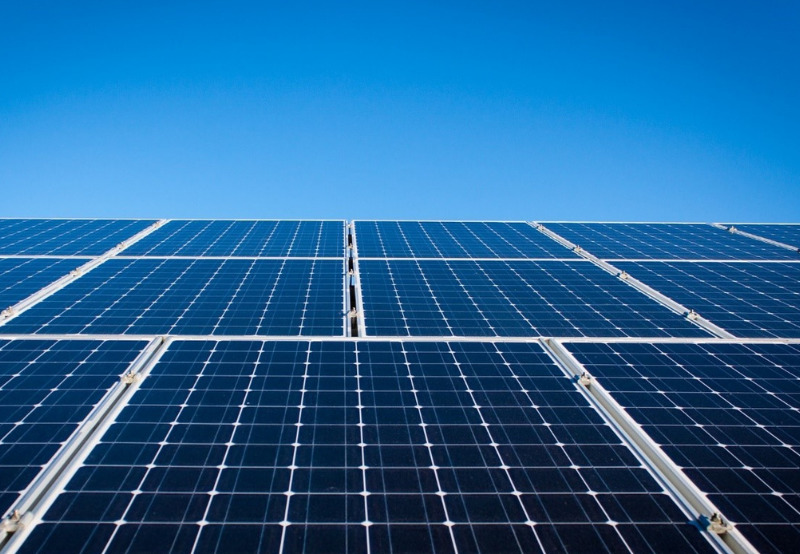 In its latest report, Fraunhofer Institute for Solar Energy Systems (ISE) has stated that manufacturers in Asia accounted for 92% (over 130 GW) of global solar module production in 2020, a 10% increase compared to 82% in 2010.

Silicon wafer-based PV technology accounted for about 95% of the total production in 2020. The share of monocrystalline technology was about 84% (compared to 66% in 2019) of total crystalline silicon production. 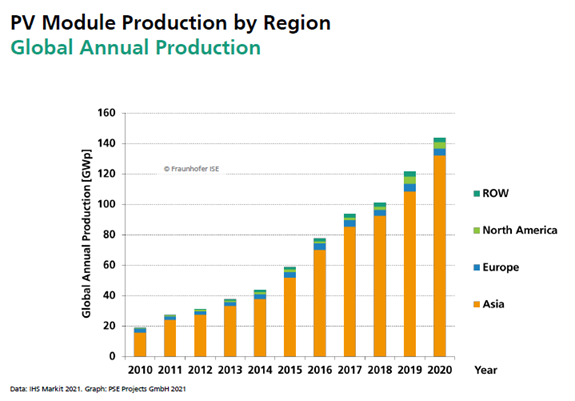 In the past ten years, the average efficiency of commercial wafer-based silicon modules has improved from about 15% to 20%. Cadmium telluride (CdTe) module efficiency increased from 9% to 19%.

The best performing modules in the laboratory are monocrystalline silicon-based with 24.4% efficiency. High concentration multi-junction solar cells achieve an efficiency of up to 47.1%.

About 1% of the market share belongs to micro-inverters. The market share for DC/DC converters or ‘power optimizers’ is estimated to be 5% of the total inverter market.

Inverter efficiency for state-of-the-art brand products is 98% and higher.

According to the report, global cumulative solar installations reached 707.5 GW by the end of 2020. Of this, Europe accounted for 137.2 GW capacity, and Germany accounted for 53.6 GW capacity.

Mercom had earlier reported that researchers from Fraunhofer ISE at the 48th IEEE Photovoltaic Specialists Conference demonstrated how they had obtained a record conversion efficiency of 68.9% with a photovoltaic cell under monochromatic light.