Solar Industry Weighs in on the Basic Customs Duty Implications 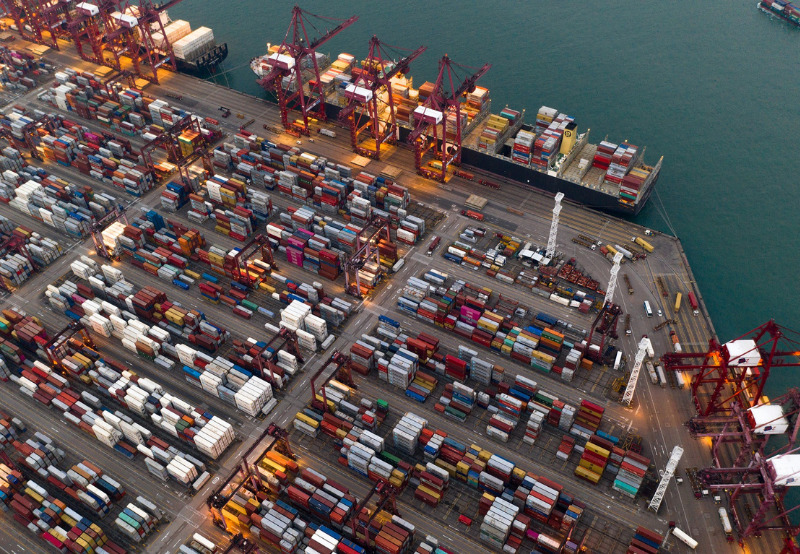 The Ministry of New and Renewable Energy (MNRE) recently imposed a basic customs duty (BCD) of 40% on solar modules and 25% on solar cells, starting April 1, 2022.

The announcement to impose BCD on solar cells and modules does not allow ‘grandfathering’ of projects already auctioned. Bidders are cautioned to take the BCD into account while quoting tariffs in all future bids where the last date of bid submission falls after this notification. In all such bids, the imposition of BCD will not be considered a ‘change in law.’

India has set a lofty target of 100 GW of solar energy generation by 2022, and many in the sector believe the new duty will raise installation costs and delay projects. Manufacturers expect the duties to benefit them, albeit there are some issues still to be resolved.

Mercom spoke with developers, manufacturers, and government agencies to understand the industry perception about the new duty regime and how its implementation shapes the future of India’s solar ambitions.

The move has received major support from Indian solar module and cell manufacturers.

Dhruv Sharma, the president of the Indian Solar Manufacturers Association (ISMA), told Mercom that the MNRE had taken a decision keeping the future in mind.

He said, “The notification will come to effect from April 1, 2022, which gives enough time to solar developers to import their requirements until the duty kicks in. BCD imposition will also boost demand for domestic cells and modules and bring in heavy investments to the country.”

Sharma added that Indian manufacturers would become more competitive thanks to BCD implementation, and the move will encourage developers to buy domestically.

According to Sharma, the Chinese are also known for raising their prices at any given point. “Recently, they had increased their rates by 20-30%. If we don’t manufacture solar components in India, China will eventually take advantage of the situation and raise its prices. India has set lofty targets in a strategic sector like solar power generation, where the government expects growth by 20-25 GW every year. We must not be dependent on China for 90% imports of solar components,” he commented.

Imaan Javan, Director of Operations, Suntuity REI- a 360-degree solar solutions provider- told Mercom that the latest notification by the MNRE would give a fillip to the solar manufacturing sector. “However, we would urge the government to relook at the production capacity the sector currently holds and implement measures accordingly. This will ensure smoother and faster execution of projects, thus aiding the country to reach its optimum installations and capacity,” she added.

Sumant Sinha, CMD, ReNew Power, an independent power producer, observed that BCD on imported solar cells and modules would provide a level playing field to domestic manufacturers and give a big boost to the Prime Minister’s vision of an ‘Aatmanirbhar Bharat.’

“The implementation date of April 2022 ensures that already contracted bids are not impacted, and renewable energy players can factor in the new cost of solar cells and modules in the upcoming bids,” he said

Not all were pleased with the government’s new diktat to tax imported solar modules and cells.

According to Ritu Lal, Senior VP & Head – Institutional Relations, Amplus Solar, “High import duties will certainly lead to a significant increase in the cost of generation across all solar segments. Import barriers can only be temporary measures. Eventually, Indian manufacturing will succeed only if we can compete in the global marketplace – in terms of price, technology, and scale”.

Pinaki Bhattacharyya, CEO & MD Amp Energy India, said that the government’s decision would slow down the race towards the 175 GW target by 2022.

One of the leading developers told Mercom that the government had made a good move, but a standalone decision will not make any impact unless the process is thoroughly thought through, “BCD should not fail as safeguard duty did. If you are not going to integrate the backward supply chain, you cannot become self-reliant. The policy needs to be more robust.”

The industry is watching the impact of this duty on the projects under construction, especially those who quoted bids of ₹2/kWh and below in recent auctions.

One of the developers who won this bid said that they were concerned about the impact the duty would have on the cost of projects, and the only option was to procure the modules before the duty begins in April. But, most other developers would be in a rush to procure as well, which could spike the demand resulting in a price rise. Since there is no grandfathering or change in law provision, developers might end up in the red is a fear.

Apart from this, there are genuine concerns regarding the change in law clause, which would be explicitly revoked when it comes to BCD implementation in future bids.

However, this would need an explicit clarification from the government in the form of a clear directive, as nothing can be assumed at this point. Change-in-law for safeguard duty was officially announced, and yet millions have been stuck due to reimbursement delays. None of the project developers want to be in a situation where they are waiting for reimbursement indefinitely when liquidity is so important.

One of the leading Chinese module and glass suppliers to the Indian solar sector told Mercom that the BCD implementation was expected as the government has been mulling over it for nearly two years.

The executive commented, “At least the implementation is giving enough grace period to developers. But some clarification is needed around safeguard duty, whether it will be extended once again or not. However, in one year, we don’t see cell manufacturing picking up. Module manufacturers in India still procure cells from abroad, not just China, but also Vietnam and Malaysia, which is why BCD on cells is 25%.”

He further added, “Looking at the global demand, cell capacity will be an issue for Indian manufacturers, especially for mono PERC. Polycrystalline makes up 90% of the current production capacity of Indian manufacturers. When duty is imposed, and the lines of production are not upgraded, it will be a huge setback for developers in terms of technology.”

According to the Chinese supplier, in 2020-21, 50-60% of the utility-scale solar market demanded mono PERC modules. “The market has just transitioned from poly to mono. Meanwhile, orders are also coming in for bifacial modules. However, the quality of the raw materials available for Indian manufacturers is poor, especially when it comes to frames, solar glass, and backsheets. In an ideal scenario, the government should have taken measures to improve domestic raw material supply, since importing components and assembling in India offers no margin.”

Another leading Chinese supplier told Mercom that none of the Chinese companies challenged the Indian government’s move to support its domestic solar manufacturers, especially during the anti-dumping proceedings (2015-16) and later during Safeguard duty proceedings (2017-18).

The executive said, “The proposed 40% BCD  can be detrimental to the overall tariff for both independent power producers as well as distribution companies. Chinese manufacturers will either get their fair share post-duty implementation or opt for a small manufacturing capacity to serve the domestic market. However, the cost of domestic manufacturing in India, whether by Indian companies or by Chinese, will be higher compared to manufacturing costs in China. Several factors, including focused support by the Chinese government, contributed to cost reduction when manufactured in China. So, a duty imposition may not bring the intended benefits, as perceived from the order.

The executive further added, “India’s target of 300 GW of solar power by 2030 would need close to 30 GW capacity each year, whereas the available domestic capacity including all announced (but not invested) capacity is around 20 GW. To meet this 10 GW of a shortfall, the Indian government should allow a level playing field to bring tariffs down. This can be done by encouraging foreign investment by way of participation, not by way of creating handicaps.”

“If past policy announcements around duties are any indication, there will be further clarifications, unintended consequences, procurement slowdown before things can look up again. With the new BCD announcement, local manufacturers will benefit, but project costs will go up unless something drastic changes. We are not going to see ₹2/kWh tariff in a long time,” commented Raj Prabhu, CEO of Mercom Capital Group. “I hope the government has thought through the procurement part of the equation. Are DISCOMs going to pay more for solar next year when close to 20 GW of projects have pending power sale agreements today? Maybe, this will incentivize DISCOMs to start procuring now, knowing tariffs are going to go up next year.”

Mercom’s flagship event Mercom India Solar Summit, which will be held on April 8 and 9, has an exclusive session to discuss the various BCD scenarios in-depth, among other issues in the  Solar Modules to Make or Not to Make in India? session. You can click here to register for the event.