KSEB asked to submit a detailed proposal in two months

The GBI program was introduced by the Ministry of New and Renewable Energy (MNRE) to promote off-grid solar power projects.

The Commission has deferred implementing the order dated November 11, 2019, until the Commission decides on the petition filed by KSEB Limited.

KSERC, in its order, had provided the provision of incentives for off-grid captive solar power projects. The Commission had directed the licensees to provide generation-based incentive at the rate of ₹1.00 ($0.014)/kWh for five years from September 30, 2014, or until KSEB meets its solar renewable power purchase obligation (RPO) for any year. KSEB was yet to reach its RPO targets while the ongoing program expired on September 30, 2019. It also stated that the solar power for which the licensee has paid the incentive to the consumer should be accounted for the solar RPO of each licensee.

The KSEB in its review petition had said that the order issued in the matter of GBI for off-grid captive solar projects was without consultation with the stakeholders and without following the due process as per the KSERC Regulations, 2003.

In the petition, it was argued that while extending the GBI program for two years, the Commission had not followed the procedures stipulated under Regulation 23 of KSERC Conduct of Business Regulations, 2003. So, KSEB submitted that it was “bad in law” on the face of records, and an instant petition was filed for the review of the order.

Earlier, the Kerala government launched a ‘Soura’ program to add 1,000 MW of solar power projects by 2022, which would help the entities fulfill their RPO. The program involves 500 MW rooftop solar, 200 MW of ground-mounted solar, 100 MW of floating solar, 150 MW of solar park, and 50 MW of canal top solar projects to be installed by 2022. 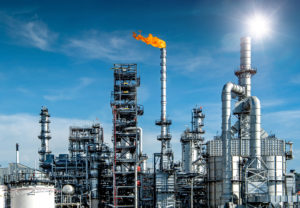