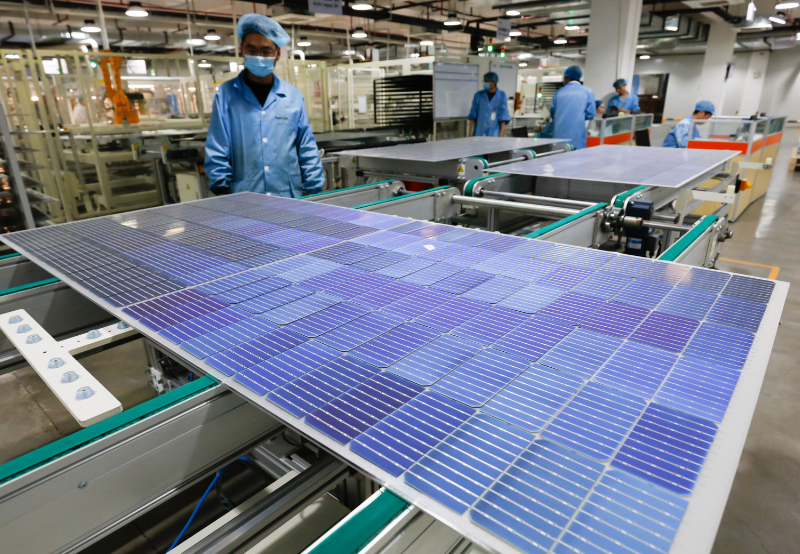 The company attributed the rise in revenue to an increase in solar module shipments. 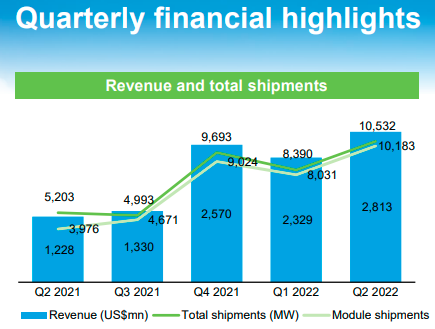 Xiande Li, Jinko Solar’s Chairman of the Board of Directors and CEO, said, “We had a good quarter despite difficult market conditions. Total module shipments in the second quarter were approximately 10.2 GW, up 26.8% sequentially, and total revenues reached US$2.81 billion, up 27.6% QoQ. As polysilicon prices continued to rise, we actively worked to control internal costs through technical advancement and process improvement, partially offsetting the impact of higher upstream costs.”

The company expects manufacturing capacity for mono wafers, cells, and modules to reach 60 GW, 55 GW, and 65 GW, respectively, by the end of 2022. The total shipments of N-type products will touch 10 GW in 2022 and account for more than 50% of total shipments in 2023.