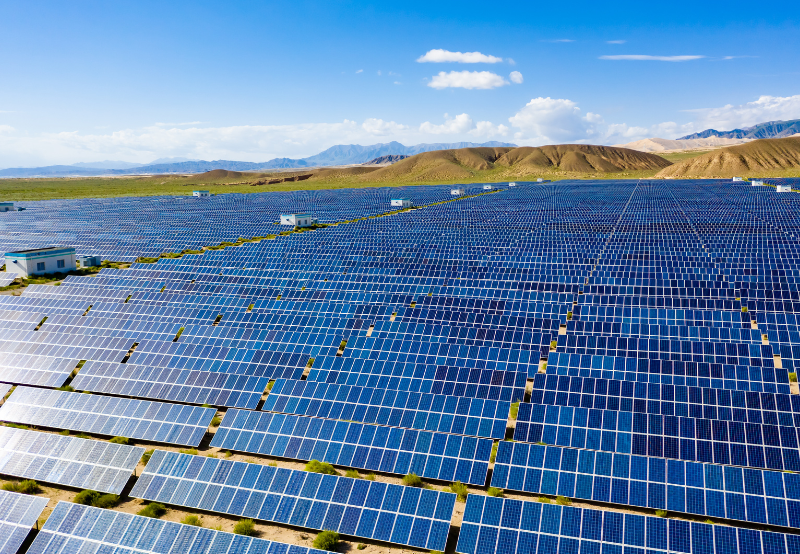 During the first half (1H) of the calendar year (CY) 2022, India installed approximately 7.2 GW of solar projects, a 59% year-over-year increase. India also has a robust pipeline of utility-scale projects under development of 57 GW as of June 2022, with another 37 GW of project tenders pending auction.

In 1H 2022, Avaada Energy was the largest utility-scale developer in terms of installations, according to India Solar Market Leaderboard 1H 2022. Avaada accounted for 15% of the total market share. It has one of the largest portfolios of solar power projects aggregating over 1 GW.

Avaada raised green bonds worth ₹14.4 billion (~$192 million) at 6.75% in the Indian capital market. It commissioned around 954 MW of utility-scale solar power projects in 1H. The company’s cumulative installed capacity as of June 2022 stood at 1.8 GW.

Azure Power, with 8% market share, was the third-largest utility-scale developer during the period. The company has over 7.5 GW of a pan-India portfolio, including operational and pipeline projects.

In June this year, Azure tied up with Premier Energies for supplying modules up to 600 MW until 2026. Earlier, the company had signed an expression of interest with the government of Karnataka for 1.7 GW of renewable energy projects, including wind, solar, and hybrid energy. Between January and March this year, the company commissioned SECI’s 600 MW and 300 MW interstate-connected solar power projects in Rajasthan.

NTPC Renewable Energy and Adani Green Energy rounded off the top five in the list. 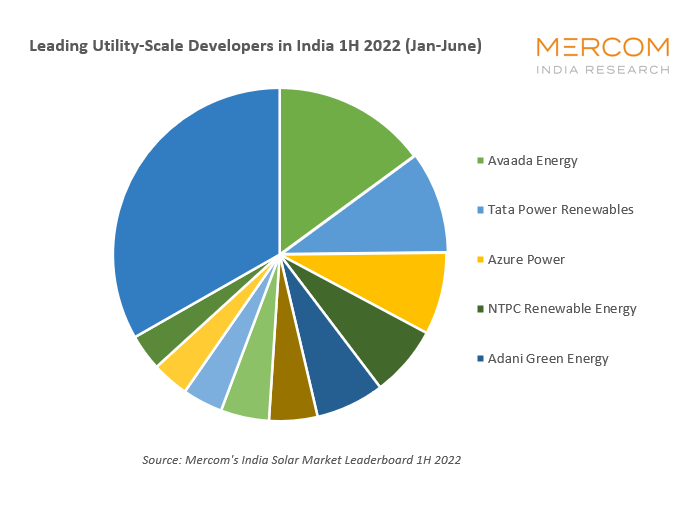