Welspun Renewables Energy Private Limited is involved in renewable power generation from solar and wind power projects. On the other hand, NSEFI is an organization representing solar sector stakeholders. Since both the appeals had similar issues and had been heard together from time to time, a common order was passed.

The appeal asserted that the state commission has acted contrary to its regulations on power procurement from new and renewable sources. Welspun and NSEFI had raised the appeal against TNSERC’s order, saying that the tariffs were irrational, were set arbitrarily, and were not based on sound legal, regulatory, and economic principles.

They added that the TNERC had not tailored solar tariffs to each state’s specific financial and operational requirements.  The appeal brings to light several issues with the order. Here are some of the crucial components of the order in detail:

Responding to this argument, the APTEL has observed that it is pertinent that the order has computed the tariff by ignoring comparable capital cost or tariff determinations by other state and central electricity regulators. “The divergence from its own regulations is significant, and no reasons or justification have been provided for the same. In fact, we find that there is not even any basic discussion justifying such divergence and/or departure,” observed APTEL.

Further, the APTEL order notes that the capital cost has been determined by TNERC on an ad hoc basis, without any analysis or discussion on the diverse components of the capital cost. “Therefore, in our view, the impugned order, while determining the capital cost fails to fulfil the fundamental legal principles of transparency and reasoning, and also being contrary to its own regulations which includes the principles and methodology adopted by the CERC and the Tariff Policy of the Government of India,” the order reads.

Considering this, the APTEL has directed that the TNERC should redetermine the module cost in line with the final order of the Central Electricity Regulatory Commission’s (CERC) final order on the benchmark capital cost.

Welspun and NSEFI also submitted that the TNERC had not considered the cost of interface line (evacuation line) from the high-tension switchyard of the generator to the nearest substation of the licensee. They further submitted that the model PPA approved by the TNERC in 2015 for solar PV projects mandates that the developer has to build the interface lines at their cost as a part of the project.

Replying to this point, APTEL noted that there is no clear direction in the TNERC order for compensating the generator for this cost. “It is clear that the capital cost only includes the cost of evacuation facilities up to the pooling substation at the generator’s end and not beyond the interconnection point. Therefore, we are of the opinion that the TNERC must provide reasonable compensation for evacuation line from the pooling substation at the generator’s end, up to the grid substation in line with the similar cost considered by the CERC,” observed the APTEL.

Moreover, the Welspun and NSEFI had further argued that the depreciation rate spread uniformly over 25 years is unheard of and completely against normal financial principles.

For this point, the APTEL has noted that TNERC should have considered a higher depreciation rate to be specified during the initial loan tenure of solar power projects to ensure the adequate cash flow for loan repayment.

Besides these, APTEL order also states that the tariff determination must specifically factor module degradation (which is bound to happen) while calculating the levelized tariff by considering the reduction of generation. Considering this, APTEL has observed that there is a need to redetermine the tariff to ensure that the levelized tariff ensures recovery of the revenues permissible to the developers during the life cycle of the project. It has specified that by permissible revenues, it means revenues that will deliver a pre-tax return on equity of 20% to the developers.

In light of the issues raised in the appeal, the tribunal has directed the TNERC to set aside the disputed order and has asked it to pass a consequential order which addresses the instructions mentioned within three months from the date of the order.

Recently, Mercom reported that APTEL directed the state and joint electricity regulatory commissions to explain the delay in the revision of the tariff, lack of payments to the distribution companies, and gaps in revenue over the last three fiscal years. 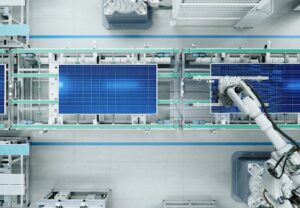 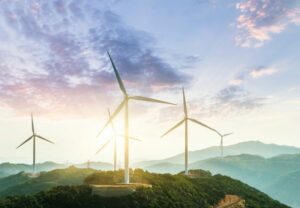