The Maharashtra DISCOM has made suggestions on the market coupling mechanism

The state DISCOM said that it welcomed the initiatives such as market coupling, the introduction of the non-transferable specific delivery (NTSD) contracts under the term ahead market, and market oversight proposed in draft power market regulations 2020. However, MSEDCL noted that there were still some issues that needed to be addressed.

MSEDCL, in its letter, stated that the new concept of market coupling for the discovery of uniform market price and maximization of economical surplus ensures the same price guarantee throughout the nation. This will also lead to the end of cheaper competitive discovered rates and the development of different products to buyers. MSEDCL suggested that in the case of bringing in the market coupling mechanism, it is necessary to fix the minimum and maximum transaction fee to be claimed by power exchanges.

Now, the concept of the market coupling means the process through which collected bids from all power exchanges are matched, after taking into account all bid types, to discover the uniform market-clearing price for the day-ahead market or real-time market.

MSEDCL further noted that with the introduction of market coupling, the generators bidding on different exchanges would get the same price. Though this would ensure the same price guarantee, it will also bring an end to the competition within the exchanges and thereby getting cheaper competitive discovered rates. MSEDCL added that the Commission should fix the trading margin on all power exchanges.

MSEDCL sought for the CERC to elaborate on the role of the market coupling operator and recommended that the intraday market should also be coupled similar to the cross-border intraday (XBID) project in the European zone.

The draft regulations also introduced an over-the-counter (OTC) platform for the exchange of information between sellers and buyers. MSEDCL, in its letter, noted that the OTC platform would lead to bilateral transactions. The proposed OTC platform in the draft regulations will not engage in the negotiation, execution, clearance, or settlement of the contracts, unlike power exchanges. It further added that such transactions would have no competitiveness as well as transparency.

MSEDCL noted that there is no need for the creation of such platforms through regulation, as it will increase non-regulated transactions and may increase unethical deals in the market. The state DISCOM added that if the Commission wants to test this option, it may allow only renewable energy transactions with competitive bidding for tariff discovery and with proper oversight for all transactions, including third-party audit.

MSEDCL welcomed the introduction of the comprehensive market monitoring framework, and it requested the Commission to develop a mechanism where the data can be shared with the DISCOMs every month.

On the introduction of the term ahead contracts and term ahead market, MSEDCL said that in the proposed non-transferable specific delivery contracts, there should be enough competition and should not become monopolistic. The payment structure and terms for various contracts and durations should be specified. The DISCOM requested the Commission to formulate necessary guidelines in this regard.

MSEDCL suggested that the price discovery in the OTC market should be determined only by the competitive bidding process. It requested the Commission to formulate a suitable mechanism for facilitating, bidding, and price discovery.

For the approval or suspension of contracts by the Commission, the DISCOM asked the Commission to mandate power exchanges to consult various stakeholders, national load despatch center (NLDC), and market coupling operators to seek their comments for new bid types.

Suggesting an amendment, MSEDCL said that the power exchange should distribute at least 100% of the actual return earned or return estimated based on SBI MCLR + 350 basis points on the initial security deposit, whichever is higher, to the members of power exchange. The Marginal Cost of Fund-based Lending Rate (MCLR) is the minimum rate of interest benchmarked by the bank below, which it cannot lend to the customers.

Recently, CERC approved the introduction of the ‘Green Term-Ahead Market’ contracts on the Indian Energy Exchange (IEX), adding that it would provide an avenue for short-term trading of renewable energy. The Commission said that the availability of the trading platform would attract participation from buyers and sellers and, in the long term, will promote renewable energy trading capacity.

In July, IEX announced that its new real-time electricity trading platform had enabled a trading volume of 515.46 million units (MUs) of power in June 2020, its first month of operation. In its press statement, the IEX also said that it accomplished a single-day trading volume of 36.09 MUs on June 30, 2020, the highest during the month. It added that 110 customers participated in the auction sessions held that day.

Earlier, Mercom published a report that said that India’s power sector is currently in a transitional phase, shifting from long-term generation contracts to a greater reliance on short-term contracts and electricity spot markets. In this transition, policymakers and regulators face some tough questions around contract regulation, spot market design, requirements and incentives for spot market participation, and potential risks in ensuring competitive markets. 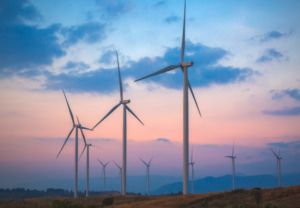 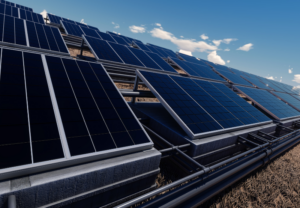