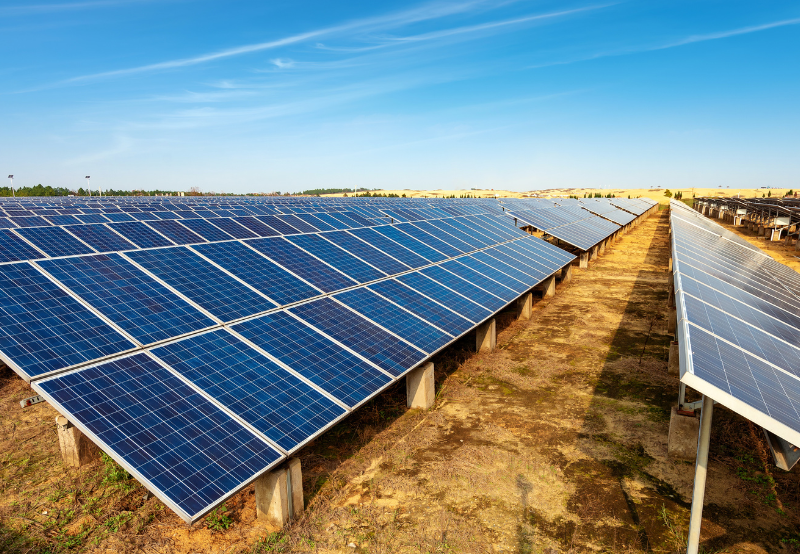 The state regulator allowed MSEDCL to sign a PPA with Shri Mahalakshmi Jagdamba Sansthan (SMJS) for the 1.168 MW solar project at ₹3.05 (~$0.039)/kWh, which was the lowest tariff discovered in the bidding process conducted by MSEDCL.

The Commission asked MSEDCL to submit the PPAs within 15 days of signing the PPAs. The power procured will be eligible for fulfilling the renewable purchase obligation (RPO) targets of MSEDCL.

MSEDCL sought approval to adopt the tariff discovered for long-term procurement of 385.3 MW solar power under the ‘Mukhyamantri Saur Krishi Vahini Yojana’ for 2 MW to 10 MW capacity projects to meet its solar RPO.

Juniper Green Energy was declared one of the successful bidders for 170 MW solar projects under the program.

Juniper Green Energy, in its submission, said that the guidelines for the competitive bidding process for the procurement of power from grid-connected solar power projects issued by the Ministry of Power pointed out that the projects should be commissioned within 18 months from the date of execution of the PPA.

The developer added that MSEDCL was also seeking approval of the RfS, which was yet to be approved by the Commission.

The Commission noted that MSEDCL had conducted a transparent competitive bidding process for solar power procurement. MSEDCL increased the ceiling tariff of ₹3.10 (~$0.04)/kWh, considering the impact of an increase in GST on the import of solar modules and solar inverters from 5% to 12%, notified by the Ministry of Finance. 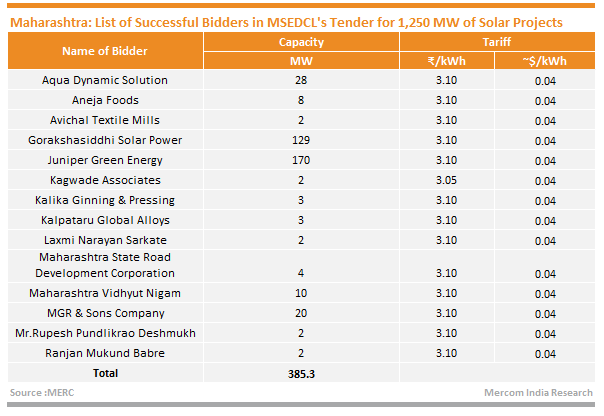 Accordingly, the Commission approved the tariffs for 385.3 MW of solar projects for 25 years.

The Commission said that MSEDCL had added some clauses in the tender documents regarding the provision of the land portal to the prospective bidders. MSEDCL has developed an online land bank portal in which farmers could apply to lease their lands to developers for solar projects. The prospective bidders may choose land from the list made available with tender documents. Lease rent to be paid to the landowner is ₹30,000/- per acre per year with a yearly 3% increment. The tenure for the lease agreement could be 26 to 30 years, as mutually agreed by the landowner and the bidder.

The Commission appreciated the initiative of developing the land portal to increase response to the tenders.

The Commission stated that even after MSEDCL’s clarification, Juniper Green chose to participate in the tender and was selected in the tendering process. So, the Commission could not accept Juniper Green’s plea to consider the scheduled commercial operation date (SCOD) as 18 months instead of the 12 months as stipulated in the tender documents. Its contention to increase the scheduled commercial operation date to 18 months was not maintainable.

After considering all the facts, the state regulator directed MSEDCL to sign the PPAs with the successful bidders and submit them for approval within 15 days of signing the PPAs.

In March this year, the Maharashtra Electricity Regulatory Commission allowed MSEDCL to adopt the tariff discovered through a competitive bidding process for procuring power from 500 MW grid-connected solar projects.

Earlier, MERC had approved the procurement of 111 MW of power from grid-connected solar projects under the ‘Mukhyamantri Saur Krishi Vahini Yojana.’