Month in a Minute: Top Headlines from Indian Renewable Sector in January 2022 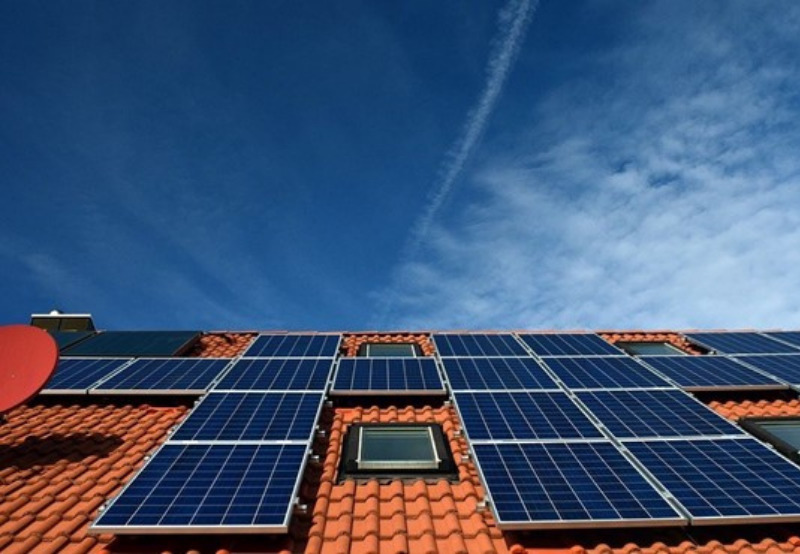 Here is a recap of some of the most important headlines from January 2022:

ReNew Power sold its 117 MW of rooftop solar portfolio to distributed solar company Fourth Partner Energy for ₹6.72 billion (~$89.9 million). The net proceeds from the sale is ₹5.35 billion (~$71.6 million) after accounting for an outstanding debt of ₹1.37 billion (~$18.3 million). The company said it sold the distributed rooftop solar portfolio to relocate capital into higher-return opportunities and focus on large utility-scale projects.

The Ministry of Power issued the revised ‘Charging Infrastructure for Electric Vehicles (EVs) Guidelines’ to accelerate the e-mobility transition in the country. According to the new guidelines, owners may charge their EVs using their existing electricity connections at their residences and offices. The public charging stations will be provided with connectivity within seven days in metro cities, 15 days in other municipal areas, and 30 days in rural areas. The new guidelines state that the public charging stations can procure power from any generating company through open access. Open access will be provided for this purpose within 15 days of receipt of the application.

The Solar Energy Corporation of India (SECI) disbursed ₹5.52 billion (~$74.13 million) to solar and wind power developers for the power procured in November 2021. The disbursed amount accounted for 91% of the overall amount paid by the nodal agency for November 2021. SECI disbursed a total of ₹6.06 billion (~$81.4 million) for the month, including solar and wind power purchases, developers’ reimbursement, duties, and other reimbursements. SECI released ₹1 million (~$13,373) as a subsidy for the rooftop solar program and ₹34.60 million (~$462,635) towards transmission charges. The agency released ₹381.63 million (~$5.10 million) as subsidy under the viability gap funding program and ₹6.68 million (~$223,067) as a payment to contractors and service providers. It also paid ₹1.63 million (~$21,793) as open access charges.

Reliance Industries signed a memorandum of understanding (MoU) with the Government of Gujarat to invest in renewable projects as a part of the investment promotion activity for the Vibrant Gujarat Summit 2022.  Reliance proposes to invest $5 trillion (~$67.69 billion) in the state to set up 100 GW of renewable energy projects and a green energy ecosystem over 10 to 15 years to make Gujarat carbon-free and net-zero state. The company has also started scouting land for 100 GW renewable energy projects in Kutch, Banaskantha, and Dholera. It has also requested for 450,000 acres of land in Kutch.

Indian electric commercial vehicle startup EVage raised $28 million in its seed funding round led by RedBlue Capital, a U.S.-based venture capital company. The fresh funding will help EVage complete its production-ready facility outside of Delhi in the financial year 2022-23 and scale up production. The company has designed a one-ton truck — Model .X (point X) — for the commercial delivery vehicle market and is undergoing a shift towards electrification. The truck was designed and built-in close coordination with early fleet consumers, including Amazon India’s Delivery Service Partner.

REC Limited raised $1.175 billion (~₹82.45 billion) from a consortium of seven banks as the Mandated Lead Arrangers and Bookrunners. REC plans to use the transaction proceeds to fund infrastructure power projects permitted under the Reserve Bank of India guidelines. It is the single largest syndicated loan raised in the international bank loan market by any Indian non-banking financial company. The deal benchmarked to the USD LIBOR was financed by seven Indian and international banks, including Axis Bank, Bank of Baroda, Bank of India, Canara Bank, DBS, Mitsubishi UFJ Financial Group (MUFG), and Sumitomo Mitsui Banking Corporation (SMBC).

The Cabinet Committee on Economic Affairs approved the equity infusion of ₹15 billion (~$201.27 million) in IREDA. This fresh equity injection is expected to help generate approximately 10,200 jobs per year and reduce about 7.49 million tons of CO2 equivalent emissions per year. The additional equity infusion will help IREDA lend ₹120 billion (~$1.61 billion) to the renewable energy sector, thus facilitating the debt requirement for an additional capacity of approximately 3,500-4,000 MW. It will help the agency enhance its net worth, which will help in additional renewable energy financing.

EverSource Capital announced the financial closure of India’s largest climate impact fund, the Green Growth Equity Fund (GGEF), at $741 million. The GGEF is now one of the largest single-country funds focused on climate change, mitigation, and adaptation in emerging markets. The company was established with anchor investment from India’s National Investment and Infrastructure Fund (NIIF) and Foreign, Commonwealth & Development Office, Government of the United Kingdom.

The government approved an equity infusion of ₹10 billion (~$134.11 million) in Solar Energy Corporation of India Limited (SECI). According to the Ministry of New and Renewable Energy, the additional capital infusion will enable SECI to float 15 GW of tenders annually. The infusion is also likely to attract investment of more than ₹600 billion (~$8.04 billion), generate employment of 45,000 job years, and offset 28.5 million tons of CO2 emissions per year. The additional capital is also likely to enable SECI to set up innovative projects with an investment of around ₹70 billion (~$2.27 billion).