The proposed permissible deviation is ±10% compared to the current ±15% 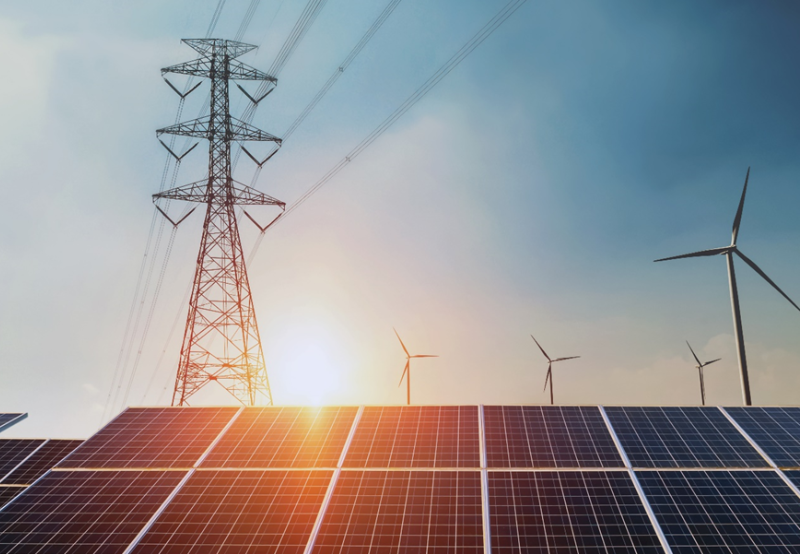 The draft is a proposed amendment to the earlier regulation from 2015 issued to facilitate large-scale integration of wind and solar energy while maintaining the grid stability, reliability, and security as planned under the grid code through forecasting, scheduling, and commercial mechanism for deviation settlement of wind and solar generators.

The stakeholders have time to submit their suggestions until September 07, 2022.

Wind and solar generators having Power Purchase Agreements (PPAs) with Electricity Supply Companies (ESCOMs) or directly supplying power to consumers within the state by availing open access for wheeling the power will be liable to pay to Deviation Settlement Mechanism (DSM) pool account for any deviations of the schedules at the rates shown in the following table: 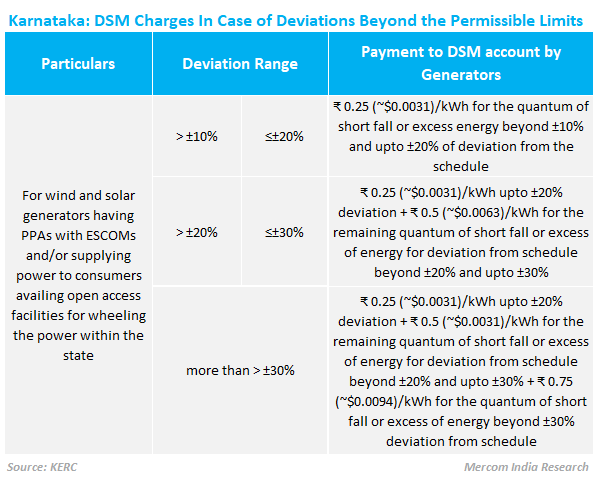 The Commission received requests from various Qualified Coordinating Agencies (QCAs) and generators in the state for non-imposition of DSM charges in case the SLDC issues the curtailment orders.

Further, the Commission also received requests from the QCAs for change in the present methodology for computation of DSM charges by aggregating schedules of different pooling stations to enable larger geographical integration. After realizing the advantage of aggregation, most generators are now inclined to such QCAs having large capacities irrespective of their performance.

It was also submitted that the QCAs being permitted to register for RE generators in their pool without clearing existing dues on account of deviation charges to state pool account are defeating the purpose of forecasting and scheduling framework of KERC Regulations. This further encourages such QCAs to increase the pool size capacity without clearing their existing dues and abiding by compliances, thereby overburdening the State Pool Deviation Account.

Thus, other QCAs are at a considerable disadvantage due to the current QCA-wise aggregation mechanism despite better performance on forecasting at the pooling substation level, timely payments, and compliance with regulations.

If approved, the regulations will apply to all wind generators with a combined installed capacity of 10 MW and above and to all solar generators with an installed capacity of 5 MW and above, at the pooling station or otherwise. This stands true even if they are supplying power to ESCOMs or third-party consumers through open access or for captive consumption through open access within the state.

Special Energy Meters (SEMs) will be provided at the pooling station of wind and solar power projects at the interface points of State Transmission Utility (STU) or ESCOMs. SEMS will have a provision for recording and storing all the load survey and billing parameters for every 15 minutes interval block period. The monthly metering data must be downloaded and maintained in a database by QCA.

Earlier, Central Electricity Regulatory Commission had issued the new CERC (Deviation Settlement Mechanism and Related Matters) Regulations, 2022. These regulations apply to all grid-connected regional entities and other entities engaged in inter-state purchase and sale of electricity, where the state-level regulations do not exist.