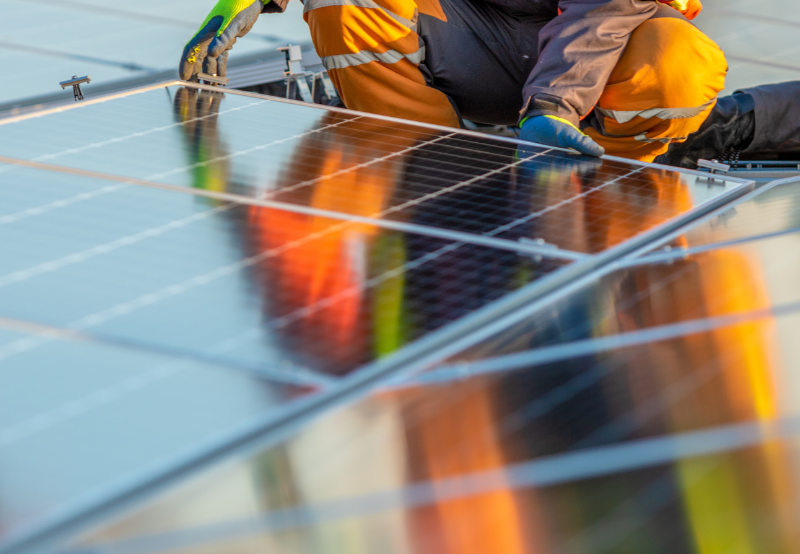 Param Renewable Energy was declared the winner in NTPC’s auction for comprehensive operation and maintenance (O&M) of its 50 MW NTPC Rajgarh solar project in Madhya Pradesh for three years. The company emerged as the lowest bidder) by quoting a price of ₹99 million (~$1.25 million). Other bidders were Jakson Ventures, Vatsa Electric, and Kunamneni Technologies. The tender was floated in May this year.

Cleantech Solar announced the commissioning of two solar power projects with capacities of 8.5 MW and 5.3 MW at its solar parks in Maharashtra and Tamil Nadu, respectively, for UNO MINDA Group. The power from these solar projects will be procured on a captive basis. The long-term solar partnership between Cleantech Solar and UNO MINDA is expected to generate approximately 495 GWh of clean energy during the lifetime of the projects, which amounts to a reduction of over 450 kilotons of CO2 emissions. The fully operational solar PV systems have been built by Cleantech Solar and will be operated and maintained by Cleantech Solar throughout the agreement term.

The Union Cabinet approved the strategic partnership agreement signed between the Ministry of New and Renewable Energy (MNRE) and the International Renewable Energy Agency (IRENA) signed in January this year. The agreement aims to drive ambition, leadership, and knowledge on green energy transitions based on renewable energy in India. The agreement includes cooperation in facilitating knowledge sharing from India on scaling-up renewable energy and clean energy technologies; supporting India’s long-term energy planning; collaborating to strengthen the innovation climate in India; moving towards cost-effective decarbonization through catalyzing the development and deployment of green hydrogen.

Voltalia, a renewable energy developer, announced the development of a new photovoltaic cluster Arinos, with a potential capacity of more than 1.5 GW in Minas Gerais, Brazil. Voltalia has already signed partnerships, notably with CTG Brasil. Following approvals, these partners will purchase a significant portion of the solar sites in the Arinos cluster once the development phase of each site is completed and thus shortly before construction begins. The development of large project clusters allows the pooling of infrastructure, connection networks, and maintenance.

CS Energy, Castillo Engineering, and Amp Energy announced that they have partnered to deliver a portfolio of 25.4 MW of community solar projects in upstate New York. All five projects ranging from 3.9 MW to 6.2 MW, will utilize bifacial modules mounted on fixed-tilt racking and are part of the local utility’s community solar program. Four projects are under construction, with the fifth project expected to commence this month. All five projects are expected to achieve commercial operation by Q4 2022.

Airbus signed a memorandum of understanding with Linde, a Germany-based chemicals company, to work on developing hydrogen infrastructure at airports worldwide.  The agreement follows a cooperation agreement signed in Singapore in February. It covers collaboration on global supply chains for hydrogen, from production to airport storage, including the integration of refueling into normal ground handling operations. Both companies will define and launch pilot projects at several airports from early 2023. In addition, Airbus and Linde will analyze the potential of Power-to-Liquid fuels – a type of Sustainable Aviation Fuel made from the synthetically produced liquid hydrocarbon through the conversion of renewable electricity.