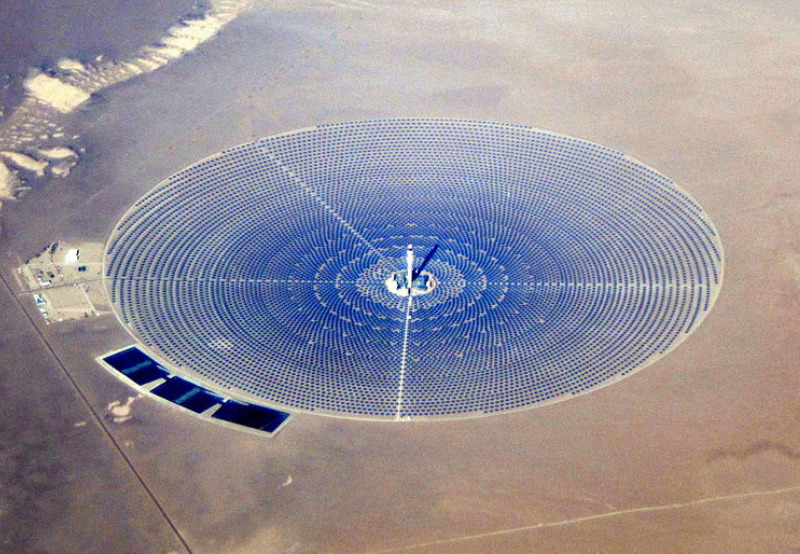 The Ministry of Mineral Resources, Green Technology, and Energy Security (MMGE), Botswana, has invited bids from national as well as international independent power producers (IPPs) to design, construct, own, operate, and maintain a concentrated solar power (CSP) project of 200 MW capacity (2*100 MW) in the country.

The projects will be developed in Botswana’s Letlhakane village and the town of Maun. The project, comprising two units of 100 MW each, must be operational by 2026/2027. The energy produced will be sold to the Botswana Power Corporation through a Power Purchase Agreement (PPA) valid for 30 years.

A CSP project uses mirrors to concentrate sunlight onto receivers, which is then used to produce steam to generate electricity.

The project developer should obtain all statutory and regulatory consents, permits, licensing, and other approvals, including but not limited to environmental and social impact assessments. The developer should also conduct water, fuel, geotechnical, and other necessary technical studies. It will also be the developer’s responsibility to construct, erect, interconnect the project to the main grid.

The CSP project will consist of the power bloc, power evacuation infrastructure, and a switchyard, connecting the new power station with the power grid.

To participate in the bidding process, the bidder should have managed the development and construction of one CSP project with thermal storage of 100 MW or more capacity during the last ten years.

Also, the bidder should have operated and maintained at least one CSP project with thermal storage of 100 MW or more capacity for more than three years preceding the bid submission date in the last ten years. The bidder should have managed the development, construction, and operation of IPP projects of more than 100 MW capacity.

Details of projects that reached financial closure for at least $100 million in limited recourse debt raised by the applicant in the last ten years must be submitted.

The number of projects that reached financial closure and for which the applicant contributed at least $50 million equity in the last ten years must be specified.

Last month, the International Renewable Energy Agency, in collaboration with the African Development Bank, published a report pointing out that renewable energy can help resolve many of Africa’s social, economic, health, and environmental challenges. The report stated that the total solar installed capacity in the last decade was at 10.4 GW, with most of them installed in South Africa (57%) and Egypt (16%) by 2020.

Earlier, South Africa had selected 25 wind and solar power projects to be developed by private developers under its renewable energy independent power producer procurement program. The projects amounted to 2.58 GW of renewable capacity and are expected to bring in private sector investment of about 50 billion Rand (~$3.25 billion).